Back to Case Studies

How Growth Engine approached the challenges, what we tried, and how we came to the solution

As part of our Internal R&D Ventures – we had the opportunity to work to develop a VPN Software product that was eventually acquired for $5M by a Publicly Traded Venture Firm.

However, at the start of it all – we never dreamt that it would ever reach the scale that it did

When we approach marketing our Internal Ventures – we approach it with the same lean mindset as a bootstrapping startup would. We limit how much we can spend, and force ourselves to get as creative with the marketing as possible.

In a sense, it’s our own way of testing our skills with strategies that are unproven that we wouldn’t risk on recommending for Clients until we can validate them ourselves.

The Results do not include application user data nor does it include user acquisition from the referral program as it would be against the Value Proposition of Protecting User Privacy as a VPN Product. This only showcases external marketing efforts and result of users visiting the main website landing page. 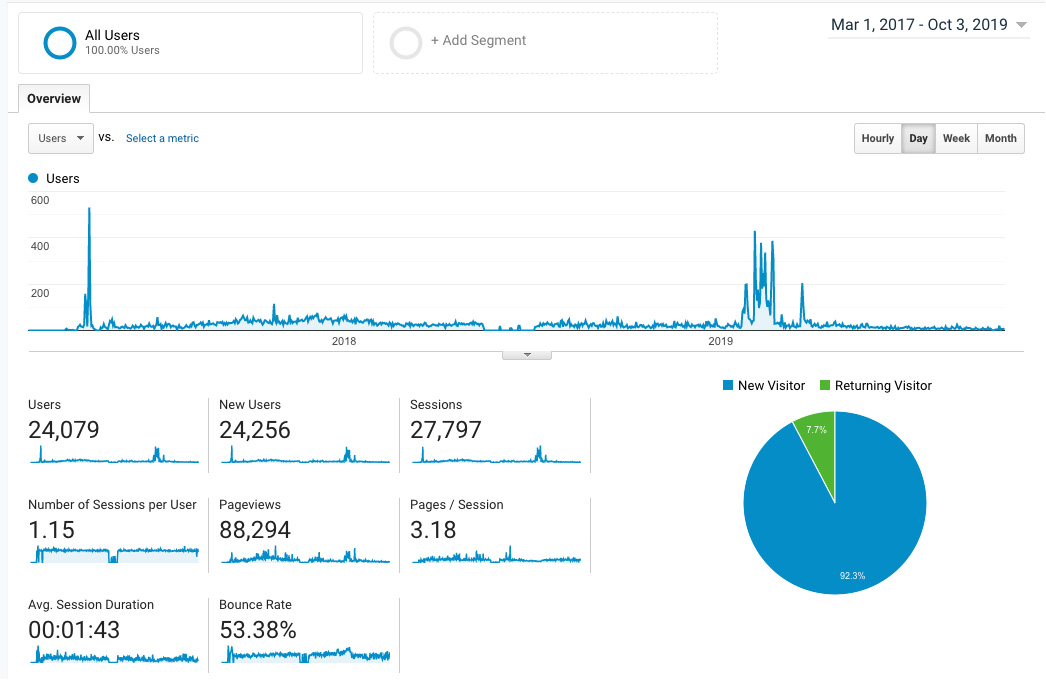 The Challenges for Us Before Even Starting

At the start – we knew the space was highly competitive with players such as NordVPN, ExpressVPN, etc that had millions in ad spend per year, and had a much longer track record than us.

With other significant factors playing against us such as Deteriorating User Trust due to Hola VPN and other malicious players, it was going to be difficult to enter the market and gain traction.

However, the Product’s Unique Value Proposition was that it was completely free, with a transparent method of generating revenue. Unlike other companies, we chose to go with a message that was direct, to the point, and addressed users’ concerns head-on, versus going for exaggerated claims and shock-and-fear messaging all other competitors were using.

By conducting interviews with every single user who signed up at the beginning – we identified a target audience who resonated with our message and value proposition: Gamers

As we learned more and more about the reason behind why Gamers were attracted to our service and features, we slowly incorporated that into our marketing strategy.

We started engaging with Game Community leaders across Discord, Twitch, and Reddit to host Giveaways, promotions, and participated in their communities. As we listened and learned, we began tweaking our messaging, and worked with the development team to incorporate features for this core demographic of users, which began to refer other Gamers to our service.

Once we were able to hone in and create a process for this, we began identifying other channels of opportunity.

What is Discord: Community Chat Platform Built Around Gaming

Discord is a Free to Use Community Chat Platform similar to Slack, where groups of users form around similar interests in games, or micro-communities within games that they all play. Groups can be built around Clans, Game Titles, or shared Gaming Interests. Because these communities tend to be very personal – the engagement and activity compared to other platforms are extremely high.

What is Twitch: Live Streaming Platform focused around eSports

Twitch is the largest Live Streaming Platform who was acquired by Amazon. It’s a platform that allows people to watch other people play games they’re interested in. The Live Streaming element makes the experience authentic, and the Streamer can interact with their community in different ways and in real time.

We focused specifically on leveraging Quora to find questions related to VPN and internet privacy.

The following part of this story may be seen as unethical due to the methodology, and we do not encourage doing the following tactic. This was a strategy we had been looking to Experiment for a long time, and this was the opportunity to do so – and would only hurt our own brand, not a Client’s Brand.

The internet is an interesting place because how does someone determine authentic vs inauthentic within 30 seconds? People struggle to determine real truthful information vs made up information aka fake news – but what about the authenticity of an opinion based on experience?

You might disagree with an opinion if it was based on a factual statement from a primary source such as “I Think New York City is the Best City”.

But what about an opinion based on a secondary source such as “I haven’t personally been to New York, but my friend who was there recently said despite all the traffic – she really enjoyed her experience and would recommend it. It’s probably the next city on my list to go to”

A counter-argument to the second example would be “Your friend is wrong, New York Sucks” which does nullify the opinion, but it doesn’t destroy the authenticity or reputation of the original writer. It only hurts the reputation of the secondary source – whom is entirely fictional.

This seemingly insignificant detail makes a huge difference in the psychology of those who read the content as well as those who might write against the content. Because a staggering number of people who write comments against others tend to lean towards a negative sentiment versus a positive sentiment, this detail discourages the negative comments aka “trolls” because they can identify it’d be a waste of their time.

Using this psychology, our responses to questions such as

“What is the best free VPN Service” looked like the following:

“I’ve used several different VPN who marketed themselves as free and it was always hit or miss for most of the time I used it. Then the whole reselling IP addresses and user data thing came out all over the news and I never used a free VPN again. A co-worker of mine has recently using a free VPN called {product} and he’s a security freak like I am and says he’s loving it so far, and says their revenue model is transparent. I signed up but there’s a waiting list so who knows. I wouldn’t recommend any free VPN if you really care about security however”

What makes this answer effective is due to how innocuous it seems. It doesn’t seem to be overly positive, overly negative, just in the middle due to the fact that the answer cites the secondary source and simply states that person’s opinion, and what the writer did afterwards. It doesn’t read like blatant self-promotion because it doesn’t feel like it. It also states a common sentiment that others would agree with and shares an experience that others have also experienced.

Naturally, it led to people being curious as to what this service is that is recommended by someone who doesn’t believe in a ‘free vpn’ service. 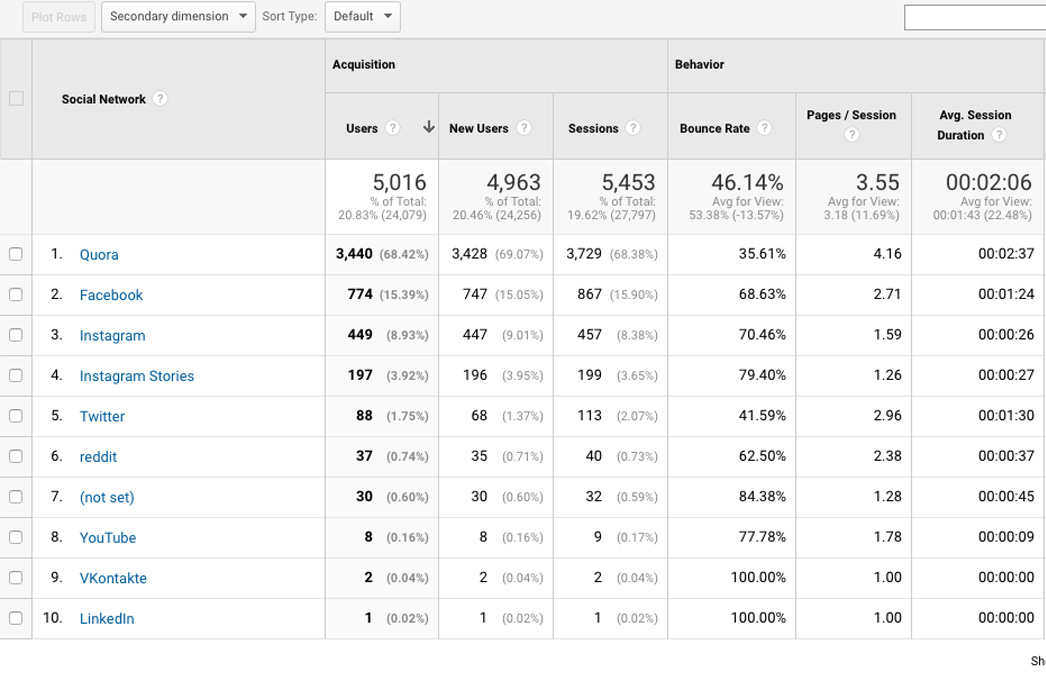 It was quite effective – and did three things:

It drove direct traffic from Quora based on people who were searching for the answer/solution
It helped increase our organic search ranking for “free VPN” which was a highly competitive keyword
It also helped build trust as people who searched for our product name later on came across posts that provided social validation of the product which was key because of the inherent user distrust in this space.

These Two Tactics were the primary drivers of our user acquisition, and we focused on scaling these strategies as much as we could, and saw increasing results up until the acquisition.

It led to organic exposure and helped place the product in “recommended” blog posts as other writers were researching and coming across the content. 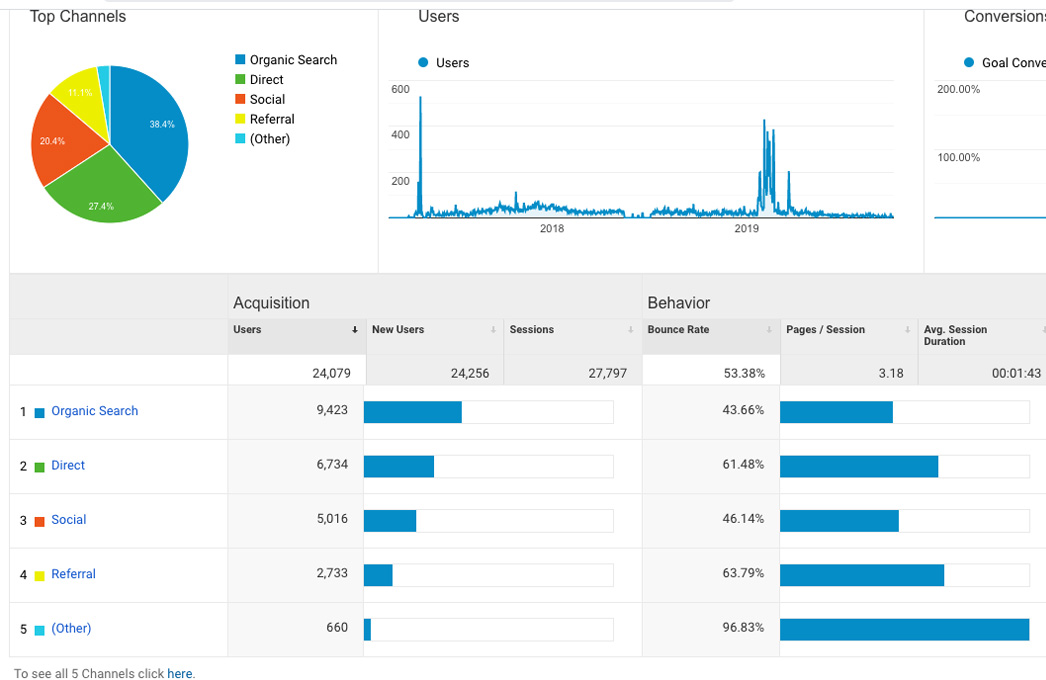 As a startup marketing your product or service, your responsibility is to try out many things, listen to the reason why people are using your product or service, identify where and how to scale your way of reaching those people. It may be unconventional, and it may not be written in textbooks, but nobody gives away their secret sauce willingly. It’s up to you to solve that problem.

And always remember, at the start – you have nothing to lose, so don’t be afraid to try new things and break a few rules. People only remember the success stories, not the failures.

Due to the Sensitive Nature of Business Acquisitions, there is certain information that we cannot fully disclose, as the Product and Company are still in operation

Want to work with Growth Engine to help grow your Startup?